The Need for Speed in the CVICU

The Role of POCUS for Acute Decompensation in Patients with Bi-Ventricular Impella ® Support
A Case Study by
Original Research by
Christopher Couch, MD
,
and
and

Cardiogenic shock is characterized by a significant reduction in cardiac output resulting in hypotension and end-organ malperfusion.  The majority of the cases are caused by acute coronary syndrome, but can also be seen in decompensated heart failure, postcardiotomy shock, and myocarditis.  Mortality rates approach 50%.

Inotropic support is commonly used in the management of cardiogenic shock, however, this can result in increased myocardial oxygen demand and ischemia.  Inotropes may not be able to augment the cardiac output enough to prevent end-organ malperfusion.  Temporary mechanical circulatory support (MCS) devices can help improve perfusion without increasing myocardial workload.

Point-of-care ultrasound (POCUS) is the ideal modality for rapidly evaluating the adequacy of MCS as well as emergently troubleshooting the devices rather than delaying evaluation for the arrival of a sonographer and a full-sized ultrasound machine.

This is a case description of a male in his 60’s who presented with decompensated heart failure and had rapidly escalating inotropic and vasopressor requirements.  Despite left-sided support with an axillary Impella ® 5.5, unloading of his left ventricle and attempts at aggressive volume removal, his right ventricular function did not improve.  He subsequently had an Impella ® RP placed in the Cardiac Catheter Laboratory (Cath Lab) under fluoroscopic guidance for right-sided support.  After initially having a clinical improvement, he started developing suction alarms with the left-sided Impella ®.

I quickly placed Butterfly iQ on the patient’s chest and identified the issue:  there was significant septal bowing with reduction in LV chamber size. This was as a result of inadequate RV unloading with the right-sided Impella ®.  This prompted re-adjustment of the right-sided device with subsequent immediate improvement in the patient’s hemodynamics.

Butterfly iQ is the perfect device for rounding on patients in the Cardiovascular ICU.  By being able to switch easily between multiple different presets, I can quickly assess the clinical picture of my patients.   With the relatively low cost, I can put this device in the hands of my providers for a fraction of the cost of traditional ultrasound machines and improve patient care as a result. 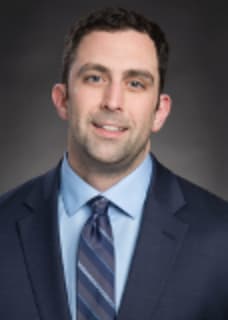