An illustrative example of the impact of POCUS in common patient presentations
A Case Study by
Original Research by
Daniel B. Park, MD
,
and
and

“The Butterfly iQ definitely changed my management. It confirmed symptoms as serious, removing my bias for delayed treatment“

The arrival of handheld medical devices has understandably brought with it some skepticism and concern over the consequences of incidental findings. However, in the right hands, accessible handheld tools can be a transformative part of our healthcare system. In this particular case, it expedited the diagnosis and definitive care of an emergency medicine physician who needed the extra sonographic nudge to be seen in his own emergency department before it was too late.

While there may be a perception that POCUS can perhaps lead to over-calling some findings, this specific case is an example of the inclination to undercall common presentations. With accessible tools in the right hands, we can swiftly eliminate bias and provide the most effective care. It is a first-person example of a common patient presentation - in this case, fever and malaise - being targeted and investigated swiftly.

I started experiencing vague right-sided abdominal cramping on a Wednesday afternoon after working a shift in the pediatric emergency department. The flu was going around, so I thought I caught it and was experiencing GI symptoms or myalgias. On Thursday, I experienced sharp pain on my right side. On my way home from work on Friday night, I experienced chills and shakes. After sleeping for twelve hours, I continued to have right lower abdominal pain and was convinced it was the flu.

The next day, when I struggled to walk to the park with my kids, my wife urged me to use the Butterfly iQ to scan myself. The resulting images prompted me to go to the emergency department. There, my colleague reviewed the scans and called the surgeon on duty to consult. The surgeon looked at the images and immediately called to prepare the OR for surgery. Less than twelve hours later, I returned home after a successful appendectomy.  If I had waited any longer, my appendix would have likely burst like a bomb in my belly, and I would have spent far longer in the hospital, with a more painful and difficult recovery.

The self-administered ultrasound exam shows the typical appearances of an inflamed appendix.

The Butterfly definitely changed my management (of myself!) in this case. There is a common phenomenon amongst healthcare professionals to apply optimism bias when evaluating themselves or close relatives. This bias involves the tendency to overestimate the likelihood of positive events while underestimating the likelihood of negative events. In my case, I had right lower quadrant pain in the setting of rigors that are worrisome symptoms for appendicitis; but, my symptoms also occurred during a string of shifts where I saw dozens of patients with the flu. I ignored some symptoms of appendicitis and attributed them to the flu because of an inherent bias to avoid a negative outcome. In the end, I frankly did not want to utilize the resources of my emergency department that I knew was already reaching capacity. This is where an objective finding like a severely dilated, blind-ended, tubular structure on ultrasound left me no choice but to seek care.

In the right hands, the Butterfly iQ can be an extremely useful tool for similar cases in settings where patient triage is key. Luckily, I had the proper training and knew what I was looking for. While emergency medicine leans on intuition to fuel split-second decision making, research has shown that this form of decision making can be fraught with cognitive biases that can lead to poor decision making. Awareness of these biases combined with the application of new tools to provide rapid and objective information at the bedside can help healthcare providers make more accurate decisions and improve patient care. 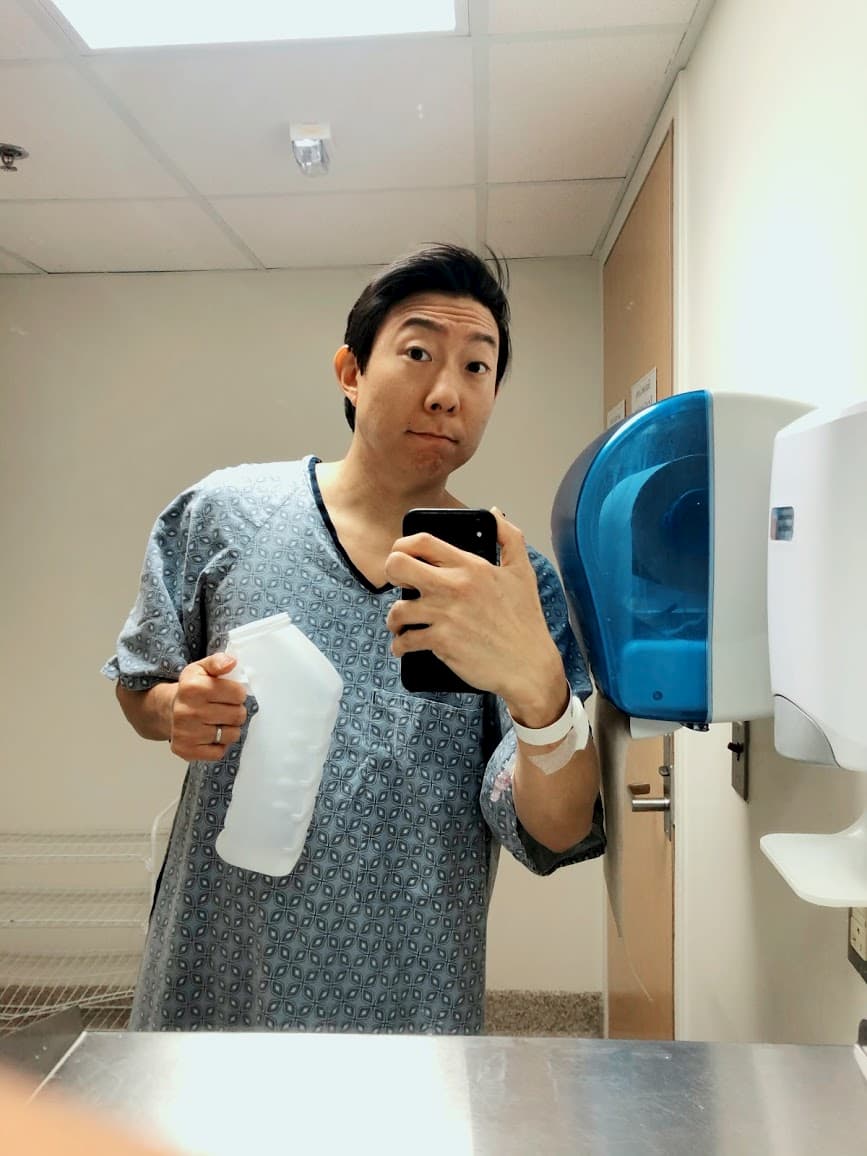